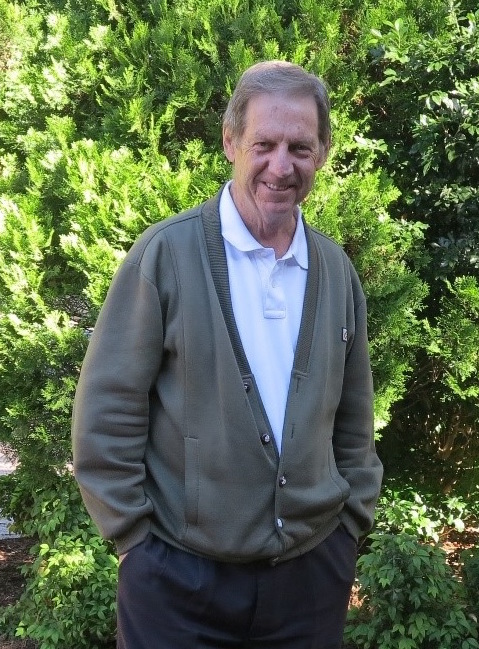 Born in Sydney, Father Michael went to school at St Bernadette's Lalor Park, St Joseph's Belmore and St Patrick's Strathfield, owing much to the Sisters of St Joseph and to the Christian Brothers.

Upon completing school, he attended two of the great sandstone institutions in Sydney - the University of Sydney and (as it was then) St Patrick's Seminary, Manly. From 1985 to 1988, Michael worked for the NSW Chamber of Commerce and then for two years as an economist for the Westpac Banking Corporation.

Michael was ordained a deacon in 1988, and a priest in 1989. He worked in Nowra for six years, West Wollongong for eight years, and has been parish priest at St Paul's Camden since new year's day 2003.

His interests include the church, sacred music, current affairs, finance, rugby, rugby league, golf, cricket, Aussie Rules and tennis. He takes a passing interest in many other sports.

As a younger man, Father Michael played rugby until the age of 30 and cricket until entering the seminary as a 21-year-old. He continues to play golf at his home club of Camden Lakeside which is a beautiful quintessentially Macarthur course designed by the legendary Peter Thompson. Because of urban development the course is now rather unfortunately under reconfiguration.

Father Michael loves Australian culture though laments that religious practice and moral values are not somewhat stronger. He admits to having a low threshold of tolerance for irreverence and casual conversations during the church's sacred ceremonies. In terms of personal health he has a keen interest in personal fitness though far less a dedicated commitment.

As a priest of 30 years, he looks back upon a three-month Vatican II sabbatical programme in 2002 in the beautiful grounds of the Archdiocesan Seminary of San Francisco as a standout experience - a real highlight. 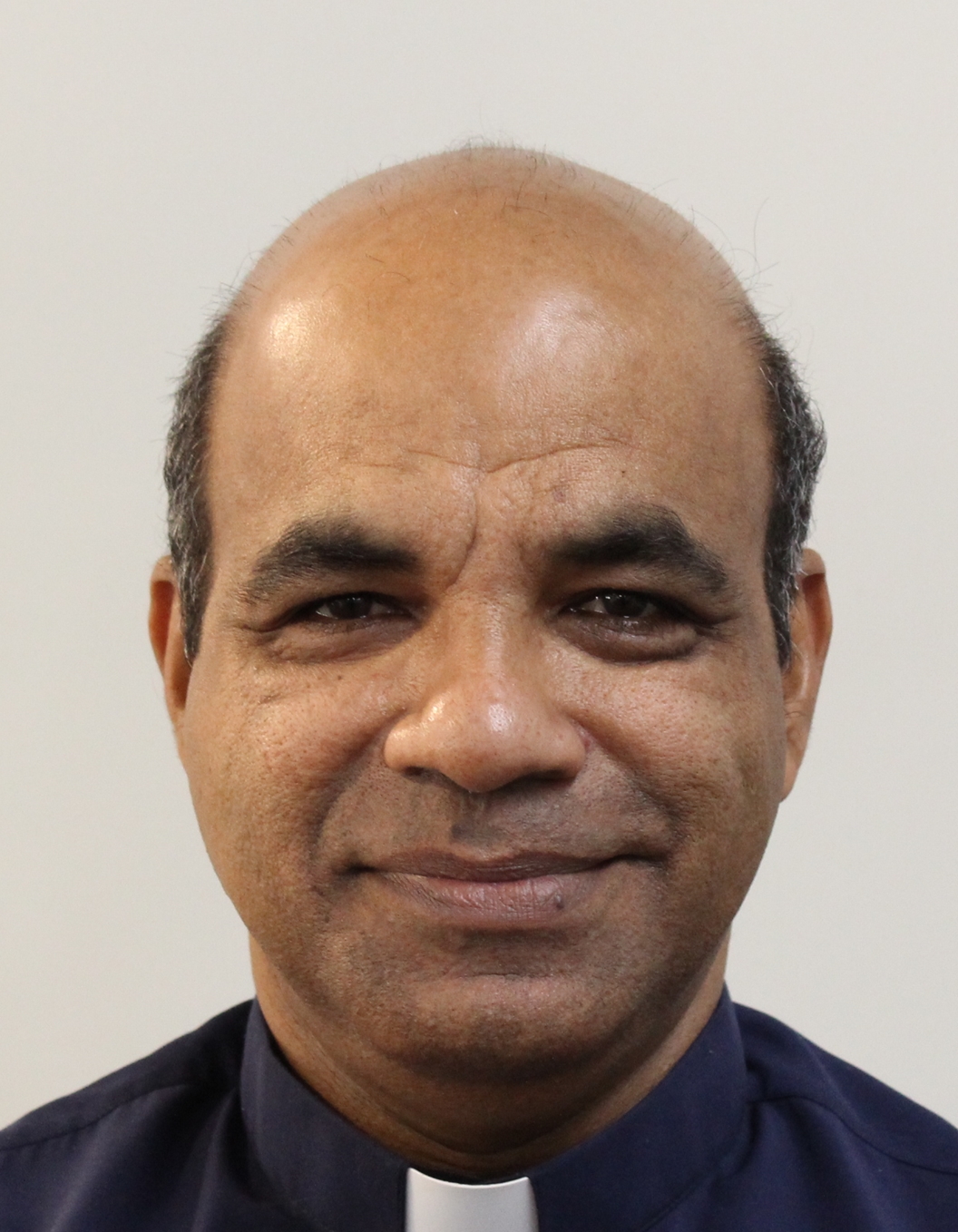 Fr Joseph, belonging to the Missionary Society of St. Thomas the Apostle (MST) has been serving in Australia since 2009 in various parishes under the Diocese of Sandhurst up until his move to the Diocese of Wollongong in 2019.

Fr Joseph was born on 8 May 1963 in Kerala, India to a traditional, agricultural family of Catholic faith. He is the youngest of three children. His siblings and Mother live in India. Mum is in her 80s and visited Australia in 2017.

After his Priestly Ordination on 30 April 1992, Fr Joseph served mainly in the suburbs of one of the busiest cities in India, Mumbai. He was instrumental in acquiring lands and constructing five churches by organising various communities while there. His last project was building and developing Santhome School at Mira Road together with MST house for his missionary society (MST) where he served as the project manager and administrator before his move to Australia.

Fr. Joseph longed for the hustle and bustle of an urban parish after working in regional/rural Victoria for a long time and hence decided to move up here. Camden, with its busy public places and large congregation, brings back nostalgic memories of his busy Mumbai life in India.

Father Joseph is looking forward to start at Camden and get to know everyone. 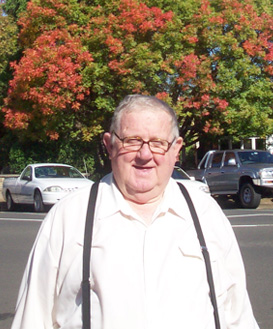 Father Whitty has lived a blessed life with wonderful parents and sisters. His childhood was lived at a time when family members needed to pull together. Father was taught by the nuns and brothers, and only one lay teacher. Over this period of time, the Church, Sunday Mass and family prayer were central.

Father Whitty left school in 1955 and for two-and-a-half years worked as a telephone technician. In 1958 he entered the seminary for the Franciscans in the first instance, but in 1961, moved to St Columba's to study as a diocesan priest for the Diocese of Wollongong. Father was ordained on 7 December 1968.

For the first ten years of his priesthood, he was in parishes on the coast, mainly six years at Bulli. He arrived in Camden as administrator on 28 June 1977, though Monsignor Fahy was still the parish priest. Father Whitty became parish priest the following year.

Father Whitty continues to visit the children each Wednesday in their classes at St Paul's school, a practice that has stretched for over 30 years. Only recently at the petrol station a young dad was filling up his car with petrol. He said hello to Father Whitty and mentioned that he still remembers his visits to the classroom when he was at school, even relaying a story that Father Whitty had shared. Father's prayers are often offered for the children in our Catholic schools that their lives will be as blessed for them as they have been for him.

The parish of Camden was very small compared to the present day. Monsignor Fahy had 600 families on his books. He knew most of his people by name. Since then the parish has grown.

During this time the support of Bishop Murray was crucial. He supported parish loans and the parish purchases of land. The crucial support of many parishioners was also very necessary. Their talents provided the wherewithal, the scope, the planning and the beauty of the Church.

Their talents were essential. Father Whitty modestly acknowledges that his “bit" was to discern when agreement was reached, and to simply say “yes".

Father Sean Cullen - at Camden from 1986-1988 - moved and served at St Francis Xavier's Cathedral for many years almost entirely as administrator and dean, and since 2002 has been parish priest of Bowral and Mittagong.

Father Leo Duck - at Camden from 1988-1990 - moved on to a variety of assignments throughout the diocese and studied spiritual theology for two years in Rome. He was assigned since 2002 to the parochial district of Vincentia in the parish of Nowra and is now the parish priest at Albion Park.

Father Mark O'Keefe - at Camden from 1991-1992 - moved to take up positions at Wollongong and Gwynneville and then as parish priest, firstly at Ruse and then at Unanderra since 1997. He now works at Kiama.

Father David Catterall - at Camden in 2001 - moved around the diocese in Nowra, Shellharbour and Rosemeadow, before being assigned as parish priest of Albion Park in 2006. He became the first PP of the newly established parish of Oran Park in 2015.

Father Mark De Battista - at Camden from 2007-2010 - has travelled to Rome to undertake many years of study in Sacred Scripture which includes studies in Aramaic, ancient Greek and Hebrew. He has is now the Administrator of Port Kembla.

Father Joseph Nguyen - at Camden from 2014-2019 as assistant Priest. Is now administrator of Shellharbour City Parish.